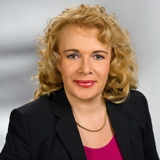 Legal and business background with a proven track record in turnaround situations. Profound international management experience in various industries and in IT environment. She has worked in different areas and has a profound financial management expertise. She is leading the company since 2014. 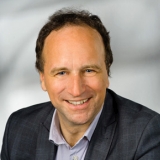 holds a PhD in Computer Science, as well as a master’s degree in Electrical Engineering and is associate professor at the Medical University of Vienna. He was the founding CEO of The Siesta Group, leading the company until 2014. Since then, he has continued to serve the company as head of clinical trial operations. 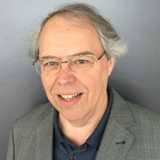 holds a PhD in Technical Science, as well as a master’s degree in Electrical Engineering and is associate professor of Biomedical Engineering at the Medical University of Vienna. He is since 2003 Chief Scientific Officer (CSO) of “The Siesta Group Schlafanalyse GmbH” and since 2010 part-time employe of “Philips Austria GmbH” (Sleep and Respiratory Care, Home Healthcare Solutions).”

holds a Master’s degree in Natural Sciences (Psychology) and was approved by ESRS as Somnologist. He has been working with the company it’s founding since 2002.

holds a Master’s degree in Natural Sciences (Anthropology). She has been working with the company since 2005.

studied zoology at the University of Vienna, Austria. Specializing on videosomnography and actigraphy, he worked on various scientific projects with focus on biorhythms before joining The Siesta Group in 2015.

holds a masters degree in biomedical engineering from the Technical University of Vienna. He has been working at the Austrian Institute of Technology as software developer with focus on investigating the possibilities of a novel sensor technology for sleep apnea and body movement detection during sleep. He has also been working at Agfa Healthcare as a Software Developer and System Administrator. Since 2018 he is working as Senior Software Developer and System Administrator at The Siesta Group.

has focused on EEG-based research of language-related neural correlates at the Brain Research Lab (Faculty of Psychology, Department of Biological Psychology). Holds a PhD from the University of Vienna and a master’s degree in Linguistics. He joined The Siesta Group in 2018.

holds a bachelor’s degree in computer science. He has been working as a self employed software developer since 2012 and joined The Siesta Group in 2018 for planning and developing the Siesta Management Portal and other software projects.